Once one of the 10 fastest-growing counties in the country, Newton was hit hard by the economic downturn, especially in the construction sector. That resulted in one of the highest unemployment rates in Georgia and a ranking among the Top 20 most stressed U.S. counties in 2010.

However, despite the economy recovery, roses are still not all the way.

With more than 1.3 billion investment from Baxter Intl. which will bring over 1500 medium income jobs to the county and have a far-reaching impact on the economy. Meanwhile, the county is facing significant migrants increase and serious subdivision sprawl.

We definitely want development, but a smart version. This proposal aimed at a crucial suburban hub, and explored how we can achieve a sustainable balance and efficient integration among jobs, people and land with a smart land use pattern. 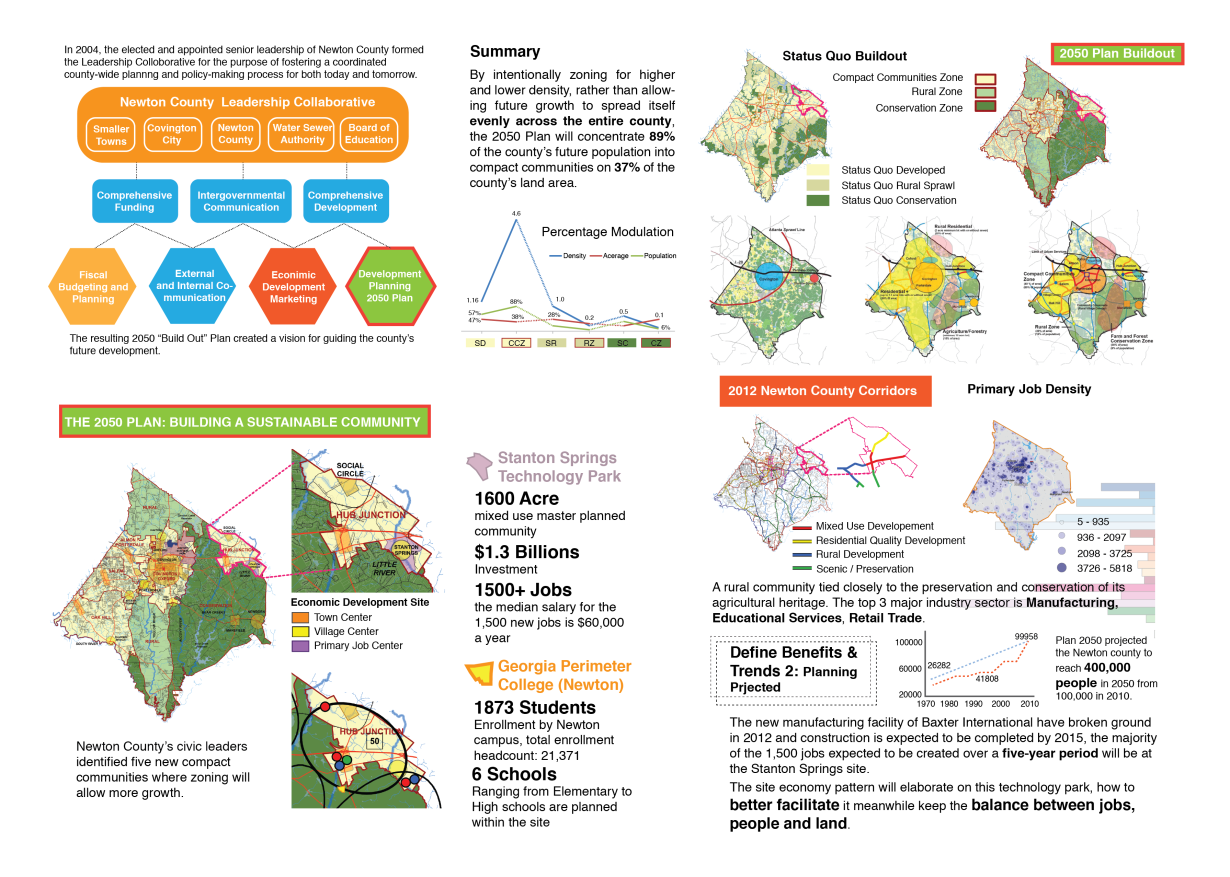